Shortly after noon East coast time today, Oklahoma and Rhode Island will tip off a first-round game and NCAA basketball will engulf the sports landscape. There are 48 games on tap between then and Sunday night in the men’s tournament.

The women’s tournament begins Friday — making tomorrow the ultimate feast for college hoops lovers — and Mississippi State, Notre Dame and Louisville join Connecticut as top seeds. But as usual, the women’s side boils down to a contest to try to beat the Huskies, who won 111 straight games before being beaten in last year’s Final Four. They rebounded nicely, and bring a 32-0 record into the Big Dance.

There is no clear favorite on the higher profile men’s side, where Villanova, Xavier, Kansas and UVA have the top seeds. The Cavaliers have the overall #1 ranking, but anything can happen at this time of year — and a lot of crazy stuff usually does.

But March Madness is really about you and your brackets — some guy tweeted his out yesterday (see above)  — so double check your final four, order an extra pizza and be thankful you don’t have any classes on Friday.

[Get the Morning Scoop in your inbox every weekday]

Gone are the days when Toys R Us commercials would cycle through each holiday season, leaving children with an impossibly large wish list and parents with empty wallets.

Yesterday, the New Jersey-based toy store announced that they will be closing all 800 of their stores in the United States. Get all the details in CMN’s report from Julia Schemmer, who found that fans of the store are not happy.

Thousands of students across the U.S. participated in school walkouts and protests Wednesday to demand stricter gun legislation exactly one month after the Parkland school shooting in Florida.

It was a show of solidarity that is unique in American history, as students sent a message to lawmakers and the president that an entire generation will no longer stand by as school shootings become routine headlines.

Many students protested beyond the planned 17 minutes, marching through the streets and rallying in front of government buildings. CMN covered the protests all day and Erin Whitten rounded up Twitter reactions.

A northern California teacher accidentally discharged a firearm in a classroom during a gun safety class on Tuesday, police said.

The teacher, who police identified as Dennis Alexander, was teaching a administration of justice class at Seaside High School when he fired a semi-automatic handgun. The bullet ricocheted off the ceiling, and fragments from the bullet lodged itself into the neck of a 17-year-old boy. Arianna Lynne has all the details in her CMN report.

Last But Not Least: United Airlines and Dogs are a Very Bad Mix

United Airlines made headlines for the wrong reasons this week. First, a flight attendant forced a passenger to put her dog, which was inside a carrier, into an overhead bin. The dog died during the flight and United profusely apologized, later announcing a new in-cabin animal policy.

Shortly after, a German shepherd who was supposed to be with its family on a flight from Oregon to Kansas City, was instead flown to Japan. Luckily, the 10-year-old dog appears to be OK and will make it back to the States later today. 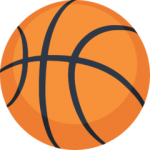